International Dating | The Dating Culture of the East 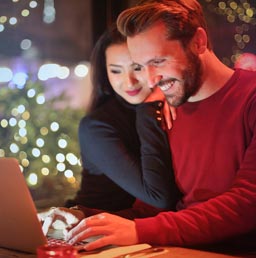 Equip yourself with knowledge in terms of the dating culture in Asia, so if you ever date in Asia, you will be able to adapt to the culture more quickly.

Asia is, in general terms, a more traditional section of the world compared to the rest. The traditions and cultures here are rich and long, and to this day, a majority of people still uphold the old values. This applies to their dating culture as well.

The people of Asia are traditional, religious, family-oriented, and hospitable, among other things. They were raised in a certain way that helped shape who and how they are as adults. Their approach to everything, including dating, is very distinctively different compared to the West. With that said, here are a couple of things you should keep in mind if you are ever planning to date in Asia.


Whether it be Chinese, Japanese, Indian, or Philippine dating, all of them will always have something in common: a more traditional approach. Although some women have adapted to the modernized approach in dating, it is better to be respectful and be knowledgeable with the more traditional dating culture of the East. Know these things, and dating foreign singles from Asia shouldn’t be too much of a culture shock for you.