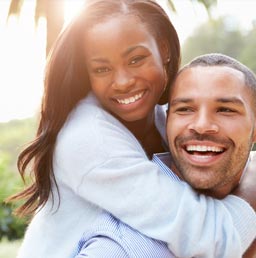 Find out why dating women from other parts of the world may prove advantageous to your pursuit for true love.

In the United States, half of all marriages end up in divorce. Everywhere you look, there are broken relationships and shattered families. Romantics try to find true love but receive court settlements instead. While for those who yearn to settle down and start a family, they find it a daunting task to find that perfect partner in the U.S.A. Everybody’s moving on from something or someone. It seems like nothing is permanent in the land of the free. Yet everlasting love still exists.

The land of opportunity may present scarce options for potential marriage partners, but in foreign countries, the opportunities for dating beautiful, sincere, marriage-minded women are thriving. Through international dating sites, bachelors are discovering love in unlikely places like Ukraine, Colombia, Costa Rica, the Philippines, and even China. More and more men are realizing that dating foreign women leads to better and lasting relationships.

Here is a list of reasons why you should consider dating women abroad:


Every woman definitely has something to bring to the table. Most Western women are career and goal driven, often at the expense of their love and personal lives. That’s just the way they are. Most foreign women on the other hand, although capable of building their own careers, put more premium on family and being a wife.

At this point, the ball is in your court. With today’s technology everything is just at the tip of our fingers. Remember that life is short and the world is wide. There are over 7 billion people living on this planet. Would you really limit your options only to those within your physical grasp?