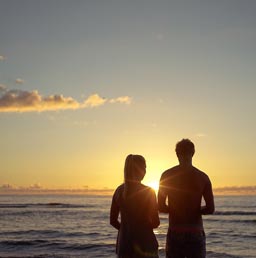 Prepare yourself for a more serious relationship and learn what the early signs are when transitioning to a mature dating phase.

The early stages of relationships are made up of a series of moments of you two goofing around and exploring different things together. It is the point in your romance which many would call the “feeling out process”. Much of the things you learn from each other in these stages can be an early indicator of whether you’re compatible with each other or not.

Relatively, it is also a very volatile stage of a relationship where couples are more susceptible to making rash, impulsive and often whimsical decisions. Some couples in an international dating setup would even go as far as absconding to their lover’s country.

As fun and memorable as these moments are, there will still come a time when you will realize that your relationship is already taking a turn towards a different direction: a more serious one. But not all of us came prepared for such a sudden turn of events. Some couples get overwhelmed with how much change they need to deal with, that they sadly end up parting ways.

In order to avoid such an unfortunate ending for your love story, it certainly helps to know the signs that you are already entering a more mature phase in your relationship. Thus, here are a couple of indicators pointing towards mature dating:


Transitioning from goofing around towards a mature relationship doesn’t just happen overnight. It’s a gradual process that takes months, for some, even years to fully come into fruition.

Due to the fact that it often just goes under the radar, most couples just don’t see it coming. So always be on the lookout for these telling signs. It’ll somehow help soften the landing and prepare you for a new chapter in your relationship.

Once you embrace the inevitability of that reality instead of being overwhelmed by it, you’ll realize that your best days together are still yet to come. The question now is: Are you eager to finally find someone whom to have a mature relationship with? Then sign up to the best dating sites on the web now and start your quest for a lifetime of love and companionship.