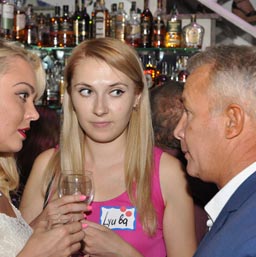 Make conversations that count with a foreign date, in one of our singles’ tours.

You might be at a place right now where each time you go out, you see loads of couples walking by, holding hands and whispering sweet nothings to each other. When you’re single, images of happy couples tend to magnify and can lead you to question if it’s time to find that one special person to share your life with.

Perhaps, you need a breath of fresh air, some place nice and quiet where you can feel the romance in the air. If you plan on visiting one of these places in the hopes of finding true love, check out this list of the best love spots all over the world:

Russia continues to open its doors to globalization -- may it be in business, politics, culture and social norms. "Mixed" or "international" marriages are quite common and accepted in present-day Russia. In fact, there has been a significant increase of intermarriages in the country.

Many Europeans and Americans travel to its international capital city, Moscow, for a romantic adventure in finding their ideal partner who is ready to commit to a serious relationship or marriage.

Geographically, Russia and Ukraine cannot be separated far from each other. Ukraine, which was once a colony of Russia, has grown into its own nation with Russian influences in their culture and traditions. Ukrainians descended from Indo-Europeans to a large extent, which is where much of its Russian ancestry is derived from.

Ethnic intermarriages in Ukraine, especially in highly urbanized areas like its capital, Kiev, have continued to rise since the incidence of large-scale in-migration of Russians. Ukrainian people, especially women, have opened their hearts to international relationships. This has truly made Ukraine one of the ideal cities for folks who seek love and marriage abroad.

Among its 7,641 islands, one of the most visited is Cebu found in the Visayas region. In the heart of the island lies its capital, Cebu City, which is becoming a favorite among tourists not just for its inviting attractions, but also for love. In fact, there have been many successful intermarriages in the city.

Many Cebuanos have found their partners among the foreign tourists who visit the city to meet local singles and often through the best online dating sites. Majority of these tourists are Western men looking to date Philippine singles. Cebuanas, known for their good command of the English language, has made it easier to communicate with foreign singles.

Brazil is a diverse country; it’s a budding melting pot of men and women of mixed-race. The locals are descendants of various bloodlines, making Brazilian people one of the finest and most exotic beauties in the world.

These people are known for being highly multicultural -- which is enough reason for foreign singles who are interested in international relationships, to travel to the city of Rio de Janeiro in Brazil.

Reportedly, there has been an increasing number of Thai people moving to other countries for work and marriage. Many of them have found love abroad and chose to settle abroad permanently. On the other hand, many people off coast are attracted to Bangkok, Thailand to experience the freedom in finding love in a region with a long-existing ethnic diversity.

Costa Rica offers the perfect mix of intimacy and adventure. There are plenty of romantic things to do in Costa Rica, ranking it at the top of the list of honeymoon countries. It’s an ideal place to settle down, especially if a laid-back lifestyle is what you’ve been dreaming of.

Furthermore, Costa Ricans are known to be the happiest people on earth and have a high life expectancy rate.

The Chinese have become known for international trade in many parts of history. Many Chinese people made business in various countries across the world. Consequently, some of them settled permanently after finding their partners abroad. This has also allowed the increase of number of people migrating to China. Hence, intermarriages have continued to become a trend in the country up to this day.

About 100,000 Cantonese-Chinese coolies in 1849 to 1874 migrated to Peru and intermarried with Peruvian people. Chinese-Peruvian nationals in the country are estimated to be around 1.3-1.6 million today.

They are a mix of Spanish, African, and Amerindian, which shows how diverse Peru is. The locals are very open for intermarriages and this has continuously shaped their evolving culture and traditions.

Despite past cultural bumps, Colombia remains a hot spot in the international dating scene -- given that the people in the country are simply stunning. You probably could not find the most charming diverse beauty anywhere in the world, but in Colombia.

Latin America has been the home one of the finest beauties in the world -- most especially the Dominican Republic. It’s a beautiful tropical island that has grown in popularity over the past decade. Santo Domingo, its capital city, is a favorite among foreign tourists for adventure, love, and marriage. 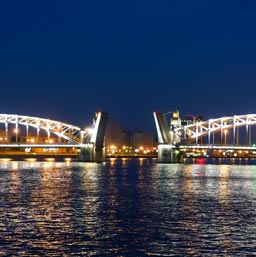 Kiss your foreign partner at a romantic bridge during your date in Russia.

While dating abroad can be one of the greatest risks you will ever take, something great awaits you when you’re willing to make an exception and take the ultimate risk. The cities that have made our list are picked according to its reviews and stories of our valued clients; including their firsthand experiences in our romance tours in each of these locations.

Moscow, Russia has recently attracted more singles across the globe for their romantic scenery. Geographically, the vast and scenic land of Russia has made it the perfect backdrop to a budding romance.

This is especially true for its capital, Moscow, which holds many secluded and sentimental corners and restaurants, which allows plenty of singles to discover love in its many nooks and crannies. Ukraine is also an ideal travel and romance destination for Westerners, as it houses some of the sought-after beauties.

The island ladies and gents are also just as desirable as the tropical paradise they call home. Most visitors who come to the Philippines always wish to come back because its locals are known to be good company. This makes it a great place for your pursuit to date internationally.

In general, Asia is where many single hearts find their humble abode. Thailand and China are also filled with sincere singles who are ready to commit to an international relationship.

Moreover, Latin Americas with its preserved culture have attracted hopeful men and women to fulfill their dreams for a successful marriage. Many have attested that it’s highly possible in South America -- may it be in Brazil, Costa Rica, Peru, Colombia, or the Dominican Republic.


What to Expect from These Cities

The cities listed above are certainly among the best, where you can potentially find your foreign partner. Each of these locations differ in its identity, and continuous economic and social development. One thing is common though; these cities embrace differences and diversity in culture, language, race, and the like.

Russia and Ukraine have recently opened their doors towards a more inclusive society, especially when it comes to dating and marriages. Hence, the number of multiracial relationships and intermarriages have dramatically increased. When you date in the cities of Moscow and Kiev, expect a welcoming attitude from their singles.

On the other hand, Asian countries have long established good international affiliations. This is evident in politics, business, and in the exchange of culture and traditions. Governmental constitutions have given legal rights to its people in making decisions for their relationships and marriages.

China, Thailand, and the Philippines are leading the way towards a more open and accepting society for international dating and marriage.

Moreover, South America has maintained a positive perspective towards international dating as well. This continues to make the continent more diverse and dynamic. The friendly culture and tradition in the continent reflects on how welcoming people are in each country.

They have a broad-mind for limitless opportunities in their lives -- an attribute that people of different origin are continually interested about.