Those looking to settle down are increasingly looking overseas for the perfect foreign partner. As technology blasts through geographical barriers to bring people around the world closer to together, is it any wonder that international love would result? The changing nature of dating culture means that fewer people are looking for love in pubs and an increasing number are searching for a husband or wife online. Here are the top 10 advantages of dating a foreign partner.

At one time, dating as we know it wasn’t really a thing. Marriage was about creating a family --- plain and simple. You chose someone nearby from your group, you courted, got married, had kids and that was it. As our lives have become longer and more complex, our needs and tastes have changed.

Nowadays, you aren’t just picking someone for the sake of settling down and having kids; you are choosing someone to stand by you for potentially the next 60-70 years of your life! With that in mind, why would a person who makes sophisticated choices at work, and regarding purchases, day in, day out, not make a sophisticated choice about whom to spend their life with?

We certainly don’t limit our options when shopping for shoes at the local sporting goods store. Why would we limit our options for love to the local bar alone? Many aren’t, and are taking advantage of free international dating sites to find the perfect foreign partner. 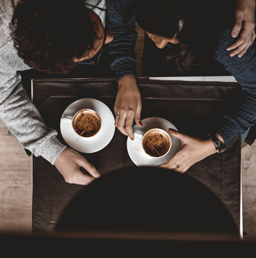 Knowing someone initially through online dating can lead to a better first meeting.

Meeting someone has typically occurred either via organizations (work or church), friends (blind dates), or at the bar in a mad rush of alcohol and hormones. None of these scenarios really allow you to know a potential mate on an intimate, personal level before taking the next step. Also, there’s the awkwardness and gray areas of the friend zone, the tension of feeling out if someone is being nice, or if they are really interested you and a host potential faux pas.

One of the benefits of dating a foreign partner is that you will most likely know them in the digital world, long before you actually meet them in the real world. You can assess your compatibility and intellectual attraction, before seeing if the physical attraction truly matches the online chemistry. Also, speaking in text may initially be easier with a foreign partner. There are fewer potential communicative pitfalls and it’s easier to become comfortable with one another, which will (hopefully) make the transition to the physical world a far more enjoyable process.

3. You Are Exotic to a Foreign Partner

With a foreign partner, you are the exotic one. In the U.S. you might be one of many, but when overseas, you are somewhat unique. Only 10% of Americans travel outside of North America, which means that you are one of few in a foreign country. As such, you can be certain to attract more attention than your local peers and have better choices in dating than you would at home.

Many Asian cultures especially have a number of societal expectations for, and in, relationships that are generations-old traditions. Your exoticness also means that your foreign partner can feel free to enjoy the best of these traditions with you, and perhaps let go of the emotionally-exhausting ones.

4. Being Exposed or Exposing Someone to a New Culture 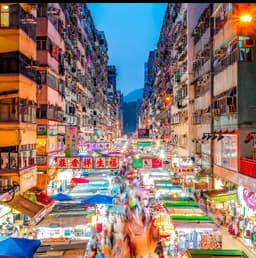 Walk through an Asian night market with your foreign partner.

While your foreign partner’s culture may be old-hat to him or her, to you it may be just as exciting as yours could be to them. Many of the things you take for granted, that you see and experience every day, can be astounding to people who have never been there and done that.

Imagine being an American and going to an Asian night market for the first time and trying local delicacies at midnight, amidst the lights. Now imagine taking your foreign partner to a college football game with 70,000 screaming fans or a carnival, a renaissance faire. Experiencing something mundane to you, with someone to whom that experience is totally new, can also make you see that event in a totally novel way and appreciate it far more.

To say that America has an obesity crisis is a bit of an understatement. According to a meta-analysis of nearly 1,800 studies on obesity published in The Lancet, nearly 66% of American adults are overweight. This accounts for nearly 13% of the entire world’s overweight population. Bad eating routines, busy lives, and worse food options are certainly a factor. Being overweight or obese can lead to a host of other health complications, above and beyond the obvious negatives. Many foreign cultures have wholly different habits towards eating and exercise, as well as totally different diets compared to Americans.

Finding a fitter foreign partner may not only leave you riding the rush of love to cloud nine, but may also inspire you, via their eating habits and lifestyle, to go on a healthier track.

According to research compiled by Pew, Asians, in particular, are more family-oriented and successful than their peers. American culture has, to a certain extent, de-emphasized the importance of the family unit and eschewed it for focus on career and self. Meanwhile, many foreign singles are still traditional and still view the act of creating a family, building a life, a future for themselves and their children as the ultimate goal. If you can’t find the generational focus you are looking for in someone nearby, it may be time to start seeking a foreign partner through international dating to create the family you’ve been dreaming of. 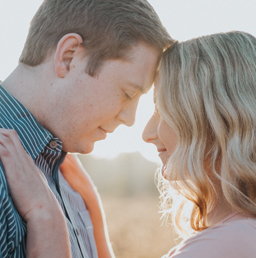 Online relationships have a higher rate of marital satisfaction.

Unless you just so happen to be in the same country as your foreign partner, it’s safe to assume you will be using legitimate international dating sites to find him or her. According to a study done by researchers from the University of Chicago’s Department of Psychology, people who met their spouse online had a higher rate of marital satisfaction than those who met offline. According to a review of the study, “The lowest satisfaction rates were reported by people who met through family, work, bars or clubs, and blind dates.” And now roughly 35% of relationships in America are starting online.

Again, exposing yourself to a larger, international group of potential mates means you would statistically have a higher chance of finding that special someone with whom you are more compatible with. Compare a sample of a few thousand in your area versus 100 million+ potential mates from around the world. Imagine the conversations, the cultures, and chemistry. Is it any wonder that clubs and workmates just aren’t cutting it anymore for those seriously seeking a spouse?

According to a research study published in the journal Nature, children with diverse genetic backgrounds tend to be of a higher stature, more intelligent, and better educated than their peers. This landmark study, including over 350,000 participants from around the world, showed a definite correlation between mixed marriages and superior physical and cognitive attributes of their offspring. With this data in mind, who wouldn’t want to start dating single foreign men and women?

Ultimately, this research means that not only will you enjoy the benefits of dating and marrying a foreign partner, but your children will as well, leaving a lasting genetic legacy. Your smarter, taller kids will thank you.

9. Your Kids Will Be Time Travelers!

Okay, they most likely won’t literally be time travelers, but according to a study done by researchers from Stockholm University and Lancaster University, bilingual children actually do experience time differently from their monolingual peers. According to Professor Panos Athanasopoulos, who conducted the study,

"The fact that bilinguals go between these different ways of estimating time effortlessly and unconsciously fits in with a growing body of evidence demonstrating the ease with which language can creep into our most basic senses, including our emotions, visual perception, and now it turns out, sense of time," Do you really need additional reasons to date a foreign partner at this point? 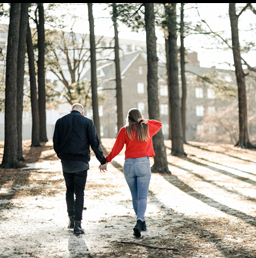 Meeting your foreign partner through online dating or international matchmaking means a decreased likelihood for divorce.

The most important part of marriage is staying married. Not surprisingly, the same study that found people who meet online are happier, also found that divorce rates among these couples are lower than peers who found love via traditional avenues. Even after controlling variables like age, ethnicity, and education, the divorce rate remained significantly lower among couples who had met on sites for marriage-inclined singles.

The statistical likelihood of marriages that began via online dating surviving longer than marriages that began via traditional means has also been supported in more specific niches. According to U.S. government-funded research, relationships and marriages that were initiated by online matchmakers or marriage brokers further this trend with "fully 80 percent of these marriages having lasted over the years for which reports are available."


If you’ve decided it’s time to expand your search for love to include the entire world, then International Dating Club has all the resources, advice, and online dating site reviews you need to find the foreign partner of your dreams.